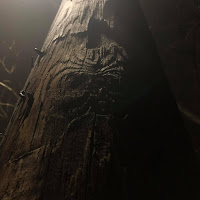 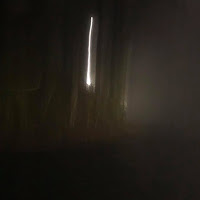 Helen's Bridge, of Asheville North Carolina has a long established reputation as the "Most Haunted Place" in Asheville, and one of the top haunted locations in all of North Carolina. Located on a winding, dramatic mountain road, the bridge is located at the corner of College and Beaucatcher Mountain Road. A small, arched bridge composed of quarry stone, the bridge was first one of the few access points to reach Zealandia Mansion.

According to local lore, a woman named Helen either lived at or worked at Zealandia as a servant with her small daughter. While Helen worked at the mansion, her daughter would play in the castle. An inexplicable fire broke out while Helen was outside of the castle, and she watched in horror as her child and others perished in the flames.

Another account of Helen is that she was a middle-aged single mother in her late 40's who moved to Asheville for a "fresh start" and miraculously gave birth to a beautiful young girl. Due to a tragic cooking accident, Helen's house caught fire one evening. She ran upstairs to grab her daughter but succumbed to smoke inhalation. While Firefighters were successful in saving both of them, they were unable to resuscitate Helen's daughter.

One point that remains the same in all tales of Helen is that her daughter died in a very mysterious fire. Devastated by her death, Helen's grief overcame her and led to her hanging herself from the bridge.

Attached to the land where she lost her daughter, Helen continues to haunt the bridge and surrounding area. Reports include:

1. An ethereal "white woman" appearing as you drive by or under the bridge.
2. The manifestation of a figure: If you "summon" Helen by calling her name three times, she will appear before you.
3. Affecting vehicles and equipment: Car trouble, handprints on the vehicle, and trouble with camera or ghost hunting equipment have been reported by several individuals.

4. Screams or disembodied voices reported at the bridge.

Being relatively new to the area, we were intrigued. And we were lucky enough to have Daniel from M & D Paranormal and Cryptid Research take us on a brief tour of the location!

We made a brief video with Daniel at the location of Helen's Bridge, but stopped short of doing any full-on investigation.

The bridge is dark and spooky, so the feel of the place is pretty ominous. It doesn't help there's a bit of graffiti on the stop sign, or the fact there's only one street light marking the intersection near the bridge. Due to the construction of the bridge, the sharp angles of the road up the mountain force the fog and mist down through the bridge tunnel, creating an eerie corridor of low visibility.

We pulled up to the location and stopped roadside. It's a somewhat narrow road, and it's best to park under the streetlight. As there's private property surrounding the area, be aware of gates, signs, and any blockades.

Bring a GOOD flashlight. Somehow, the new tactical flashlight we picked up for stuff like this managed to get misplaced (lesson: buy two), and the flashlight on Omi's cellphone was NO MATCH for the cold winter fog. The cold, dark, winter conditions literally ate any supportive lighting we had on hand, making most photographs and video difficult. Sound bounces and echoes here. Standing under the bridge you can feel sound and vibrations move through the corridor, as well as what can only be described as a "hum" beneath your feet on certain parts of the roadway. Be aware of oncoming cars, as the sounds of exhaust and mufflers are "thrown" at this spot and can be deceiving. Helen doesn't need any new friends!

One thing we did note is that initially, we didn't notice anything unusual. However, the longer we stayed at the spot, and heard the various accounts of Helen's haunting activity, things got....strange. We packed up and took off not long after a few strange shadows and inexplicable noises.

We LOVED our mini-tour of the location with Daniel, and as you can see, one of Omi's favorite things is hearing accounts of paranormal experiences and folklore. We hope to head back out there again, and possibly reach out to our friends at M & D Paranormal and Cryptid Research for more paranormal experiences here in Western North Carolina!

Atlas Obscura
Try To Scare Me
Only In Your State
at January 14, 2019