Review -On the Trail of UFOs: Night Visitors by Small Town Monsters 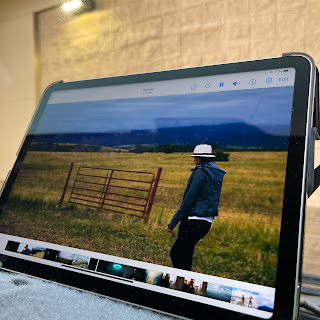 There's a romantically nostalgic feel to the way "On the Trail of UFOs: Night Visitors" was filmed; An unsettling-what-lurks-in-the-desert-skies romance, but one well conveyed through Small Town Monster's latest On the Trail.

Wistful long landscape shots and drone footage show how expansive and saturated the Southwest is with it's mysteries, as are the UFO/Close Encounter experiences of many desert folks.

Granted, at CreepGeeks, we're a bit spoiled as the mountains and deserts and sweeping plains stole a piece of our souls. With all it's strangeness and secrets, it's impossible to capture all the strange phenomena circulating northern NM and Southern Colorado. The strange harkens at that curious soul willing to step to far just to...know.  The individual and combined experiences we had while exploring San Juan Mountains (and south towards Socorro) make us a bit harsh/protective of high strangeness stories coming out of the region.

Night Visitors takes on the task of focusing on smaller aspects of the UFO/UAP and Close Encounter phenomena: unexplainable happenings that occur at night. In isolated regions, cattle mutilations, encounters, lost time and abductions can occur with nary a witness and then buried deep in subconscious as one tries to tackle everyday life of what is still very much the Wild West.

I was pleasantly surprised to see Watson tapped for his encounter, as his recount of his experiences has not changed at all for years. The turmoil in his life as a result is genuinely presented with cool compassion, something that many researchers should adapt to when approaching such a traumatic phenomena. For those unfamiliar, the effects of an encounter leave some experiencers free-falling for years afterward. Just ask Travis Walton.

The UFO/UAP phenomena in the desert is...different. Beyond calling it a "rabbit hole" that one can fall into and gladly never recover, Small Town Monsters attempts to feed two spoonfuls of the subject matter to viewers in what I feel is a much more tolerable manner than what's shown to people in current media.  While footage and extreme circumstances are presented to those curious of UFO's, STM chooses to share personal encounters backed by documented research, as well as the journey/struggles for MUFON individuals in the region. There's an overwhelming amount of High Strangeness along the i-25 corridor of the desert, and it's "match" would be the intersects of other regions: lower New Mexico and Western TX.

Heralding research from individuals devoted and immersed in the phenomena, STM gets applauded for backing subject matter from researchers living where the skies get strange. There's nothing I dislike more than a TV/Keyboard researcher giving their account of a place and experiences I've lived. Cattle and livestock mutilations have been explained to some extent by "tv experts" but not all. There's some scary mutilations and situations that have not been explained to the satisfaction of this skeptic.  Combined research from Moulton-Howe and documented situations from Colorado MUFON/Colorado SP cement the fact that this area is still wild with wondrous and terrifying UFO/UAP history, and it's good to see folks like STM taking on the task of sharing part of that story with the paranormal community.

Get On the Trail of UFOs: Night Visitors HERE: https://amzn.to/3Kg6aa9 or HERE: Small Town Monsters 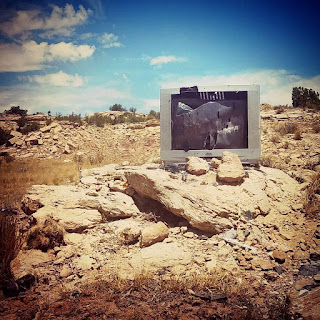